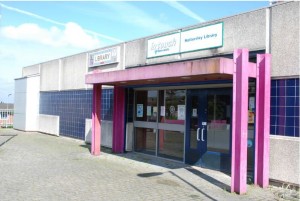 Hattersley’s former library (now demolished) – located centrally for most of the residents. 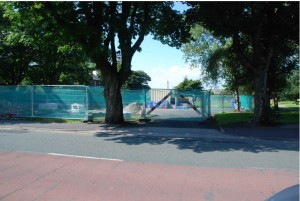 Site of the demolished Mottram library—located within walking distance for most of the residents.

COMMUNITY BIG ISSUES
LIBRARIES
Hattersley and Mottram have both lost their libraries,

which were based more centrally for their residents’ access than at the Hub. 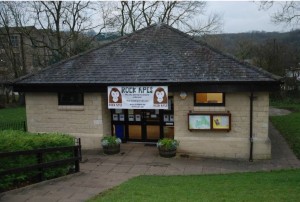 tre up for sale. The community in Broadbot-tom have stepped in, and are now developing this as the Lymefield Outdoor Learning Centre (LOLC), following a contract to lease the building.
Hattersley’s former library (now demolished) – located centrally for most of the residents.
Site of the demolished Mottram library—located within walk-ing distance for most of the residents 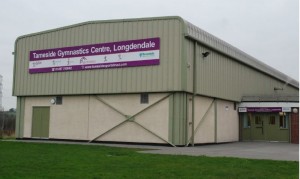 Tameside Gymnastics Centre, recently refurbished at a cost of £1.4 million, has been closed by the Council.
The gymnasts have been relocated to the Ken Ward Centre, displacing 6 out of 9 of the sports there. To date there is no alternative venue for the young footballers. Yet elsewhere in Tameside massive spending on sports facilities is planned. Repre-senting the LCG, Allan Brierley and David Tyler have fought hard to save our facilities. They have met with Council officials, and scrutinised the Council’s accounts. Here is an extract of their findings, published in the press:
If you can do it for one centre
The Ken Ward Centre has problems of low usage, but the way forward should not be to reduce the sports on offer, but rather to find new members.
There are similarities with the Oxford Park Centre, which also serves an area of deprivation.
This has a capacity for 425 people, but has a membership of only 100.
On November 18, 2013, the decision was taken to spend £145,000 on this facility: remodelling the reception area and changing rooms, expanding the fitness suite and creating 20 new parking spaces.
Within two years, amazingly, the membership is envisaged to rise to 1,000. 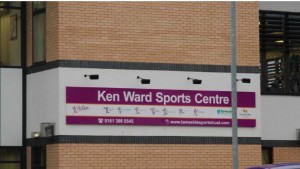 If this can be done for Oxford Park, why not for Ken Ward?
Other big expenditures recently approved are for the Copley Centre: £172,000 and for the reloca-tion of Gymnastics to Ken Ward: £233,000.
A feasibility study for a new Aquatics Centre in Ashton estimates a cost of £8.4 million.
So why are we puzzled? It is because Tameside MBC and Tameside Sports Trust do not seem to be burdened by “unprecedented cuts”, but are pursuing an ambitious development strategy?
Yet Longdendale has to suffer a significant loss of sporting amenities in order to gain modest an-nual savings of £50,000.

There is no reason why the Ken Ward Centre, already an excellent resource, could not be achieving the growth in usage that brings financially viability.
Significantly, this option was not even listed among the possibilities considered by the Council’s Executive Cabinet in December.
DAVID J. TYLER,
Longdendale Community
Group.
Published in Tameside Reporter and Chronicle, Jan 9, 2014
Another resident’s letter:

I WAS interested to read that the Tameside area has been labelled “one of the UK’s fattest”.
The article quoted Andrew Gwynne, Labour MP for Audenshaw, Denton and Dukinfield, as say-ing “helping parents in places like Tameside to protect and promote the future health of our chil-dren is exactly what we need to be doing.”
I would be interested to hear a response from Andrew Gwynne’s fellow Labour MP who current-ly represents the Mottram area.
Perhaps he can explain how the closure of the Tameside Gymnastics Centre fits in with the above statement and how the closure of the centre helps “protect and promote the future health of our children”.
I look forward to the response from our elected representative.
M MORGAN
Broadbottom
Published in Tameside Advertiser, Feb 27, 2014