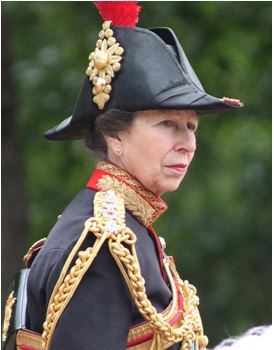 The Magna Carta was a peace treaty in a civil war between the King and his Barons. In 1215 King John sealed the Magna Carta at Runnymede by the River Thames.

The Magna Carta is one of the most important documents in our history, providing a foundation for liberty, democracy and the rule of law.

Princess Anne, speaking at a Magna Carta ceremony, said that the Magna Carta “provides us with one of our most basic doctrines – that no person is above the law.

In recent history and even today we see in many parts of the world that power without the rule of law can lead to human suffering of terrible proportions. But it takes all of us to stand up for these principles.”

America and Commonwealth countries have also regarded Magna Carta’s clauses as important for the foundation of their laws. It also influences the UN Universal Declaration of Human Rights, and the US Constitution and Bill of Rights. 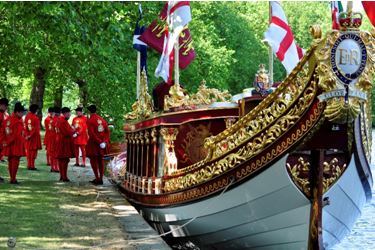 Gloriana, the Queen’s barge, part of the river procession along the Thames to Runnymede, waiting for HM the Queen
Photo courtesy of Thames Alive

The 39th clause of Magna Carta gives the right to a jury trial. Lord Dyson, the second most senior judge in England and Wales, said that some “clauses of Magna Carta are still part of our law, including famously the provision that no free man shall be taken or imprisoned except by the lawful judgment of his peers or by the law of the land; and to no-one will we sell, to no-one will we deny or delay right or justice.” He added that the Magna Carta was “a symbol of democracy, justice, human rights and perhaps above all the rule of law for the whole world