Opposition growing over plans to build 4,000 homes on Stockport greenbelt

They say the proposals will essentially double the size of the village and ‘radically change its semi-rural nature’……The area faces uncertainty when the Manchester Airport Relief Road is finished….town hall chiefs say the greenbelt site would take thousands of new homes

A tram-train extension from Rose Hill to Marple is a ‘pre requisite’ according to the plan, potentially linking with Hazel Grove……But there is little transport information beyond that, with a review of future transport around Stockport still ongoing.

Star date: 24th October 2016
Salford is set to be at the centre of urban sprawl, with green belt being built on and 34,500 new properties erected, as unelected Greater Manchester planners carve the city up to serve the so-called Northern Powerhouse

The horribly named Draft Greater Manchester Spatial Framework is a planning document drawn up by the so-called `super council', Greater Manchester Combined Authority, or GMCA, that, when ratified, will set out in stone where all development can take place across the region for the next twenty years.

Once rubber stamped by Salford City Council and all the other nine GM local councils, it will render all planning decisions in the city redundant when it comes to the principal of development. Salford will basically lose whatever sovereignty is has over such matters, with all power in the hands of the GM Mayor, aided by his Cabinet of the ten local council leaders.

The Framework sets out where new properties will be sited, where new industrial, warehouse and office complexes will be built, and what green belt and green spaces can be trashed or saved. It's a massive document of over two hundred pages – and, unfortunately, reads like it was written by Peel Holdings itself, with the megabucks Salford landowner set to benefit.
The Framework states that Salford will be expected to provide 634,000m2 of industrial and warehousing space, primarily around Port Salford and what it calls the East Lancs Corridor, plus 415,000sqm of new office space around the Quays and areas near Manchester city centre, plus 15% of all new housing in Greater Manchester. This is the second highest after Manchester itself, with 34,900 properties earmarked to be built by 2035 – 70% flats, 30% houses – at a rate of 1,745 a year.

Irlam and Cadishead is set to be the site for 2,250 new homes in what the Framework calls a "large-scale, sustainable urban extension" – with loss of peat, mossland and green belt.

The green areas around Boothstown are also set to get hammered by development, with Astley and Boothstown earmarked for 1,000 new homes, East Boothstown(between Leigh Road and the Bridgewater Canal) for 300 `top end' new homes in the green belt, and Hazelhurst Farm pencilled in for 450 houses. Meanwhile, land north of Mosley Common, in the so-called East Lancashire Road Corridor, will be hit with another 1,000 houses
.
Peat, mossland and green belt areas around Barton Moss are also to be trashed to make way for `a major expansion' of Peel Holdings' Port Salford, with around 320,000m2 of industrial, manufacturing and warehousing space to the north and west of Barton Aerodrome.

Peel Holdings is also set to benefit from a new junction on the M62 to the northeast of Irlam, and an extension of the Metrolink, via its jointly owned AJ Bell Stadium, to Port Salford, paid for with public money, of course. [LCG comment – as with Tescos in Mottram, is this plan made with the community in mind, or, primarily, the developer?!]

Peel's interests at Salford Quays also get the green light with a further 6,000 new dwellings set be built, together with 285,000m2 of new business floorspace, at what is now to be called just `The Quays', incorporating Trafford Wharfside.

Basically, the Framework rubber stamps the break-up and death of Salford as we know it.

In Greater Manchester as a whole, by 2035 the Framework predicts population growth of 294,800 [LCG comment – this is a very controversial point – and forecasters have been getting a bad press recently!] 227,200 net new homes and an additional 199,700 jobs, in what is called an Accelerated Growth Scenario…

Such massive development of Greater Manchester, if it happens – and `experts' are always getting everything wrong (see the Salford bulldozing schools scenario) – will lead to a huge clogging up of infrastructure, lack of doctors, dentists, hospitals, school places (see the Salford bulldozing schools scenario) etc.
Source http://www.salfordstar.com/article.asp?id=3531

The Greater Manchester Combined Authority aims to build at least 225,000 homes over the next 20 years.

But Denton and Reddish Labour MP Andrew Gwynne and Tory MP for Bolton West Chris Green have vowed to fight plans to use some green belt land in parts of the scheme.
Mr Gwynne agreed there was a need for housing growth but is sceptical about the figures.
"It appears to be an open book for developers to pick and choose the most favourable sites to develop and those are very often in the green belt," he said.
"What really worries me is this green belt grabbing exercise will do nothing to spearhead the regeneration of urban parts of Greater Manchester that actually need the level of investment to ensure those communities continue to thrive."

He argued developers should make better use of existing brownfield sites and build more apartment blocks in town centres.

"We have to look at building up and having a higher population density… [which] makes it easier to walk to the shops and cycling around… and makes public transport far more viable."

Alex Ganotis leader of Stockport Council, which is part of combined authority, said it will do all it can to ensure the developments were done "in the right areas".

"We won't build in any of these areas unless we can demonstrate infrastructure will be provided such as schools, GP surgeries, roads, public transport to support this."
Link http://www.bbc.co.uk/news/uk-england-manchester-37739205


PLANS for major new developments to be built on green belt land across the borough have been branded "a disgrace".
It was revealed last week that 12,000 new houses have been earmarked for Bury, as well as commercial projects creating 25,000 new jobs, under the Greater Manchester Spatial Framework. Residents and councillors have reacted with shock to the proposals…

Cllr Tim Pickstone, Bury Liberal Democrats leader, said: "It is a disgrace that Greater Manchester Council Leaders are proposing such a massive loss of our precious green belt land.
"Green belt was introduced to make sure that cities grow in a manageable way, with green spaces protected. If this goes ahead in Bury there will be continuous urban development without gaps from Manchester city centre right up to Heywood, merging together Prestwich, Middleton, Heywood and Whitefield.

"Plans to build a 'Trafford Park' sized 'northern gateway' on the M62 are deeply flawed. We all know that our roads, motorways and public transport cannot cope now, never mind with this massive over-development.

"Everyone agrees that we do need more houses, and we do need more jobs. But the way to do this is to build on existing 'brownfield' sites, and in town and city centres. Not only does this protect our precious countryside, but it is also more sustainable with less car journeys created.

"These plans must be stopped. Once our countryside is destroyed there is no going back."

"We feel that the Greater Manchester Spatial Framework could rapidly increase the pace at which the remaining green belt is developed.
"Having talked to residents, we feel the vast majority of people in Bury want to leave the green belt alone and they are always giving examples of brownfield sites that could be developed instead.
Source:
http://www.burytimes.co.uk/news/14824329.Plans_to_build_thousands_of_homes_on_green_belt_land_labelled__a_disgrace_/

Liz McInnes, MP for Heywood and Middleton, is opposing the "destruction" of the greenbelt between Heywood, Middleton and Rochdale and the "resulting
urban sprawl" outlined in the draft Greater Manchester Spatial Framework. Ms McInnes said: "I have made clear in recent weeks my opposition to the destruction of our greenbelt and an urban sprawl resulting in Heywood, Middleton and Rochdale having no distinct borders between one another.

"Green spaces contribute a huge amount to our quality of life and physical and mental wellbeing, as well as making our local area an attractive place in which
to live and work."

The draft Greater Manchester Spatial Framework goes beyond what I and many residents think is acceptable development on our greenbelt
and open spaces.

"The Government has made it very clear that councils have to identify enough space to build the new homes we need for the future.

"The Greater Manchester Spatial Framework needs to strike the right balance between identifying enough land but also protecting as much of our green belt
as possible. I do not believe the draft proposals find that balance for Heywood, Middleton and Rochdale.

"I am deeply concerned that Heywood and Middleton and the surrounding area appears to be bearing a large proportion of new developments in these plans
for Greater Manchester.

"I want to see the many brownfield sites we have across the county developed first, and an acceptable plan which maintains our valuable green
spaces and natural boundaries between our towns.

"I am also keen to find out what plans the combined authority have for development of our existing urban areas which for so long have been
starved of investment.
"I would encourage residents to have their say on the plans when consultation begins."
Source http://www.rochdaleonline.co.uk/news-features/2/newsheadlines/105742/

7% of Greater Manchester's new homes could be built in Bolton

Seven thousand of the proposed Bolton homes are planned for greenbelt, greenfield or open protected sites.
The remaining 9,800 properties would be built on brownfield sites. A major industrial development
is also included in Bolton’s proposals.
Source:
http://www.theboltonnews.co.uk/news/14820031.7__of_Greater_Manchester__39_s_new_homes_could_be_built_in_Bolton/ 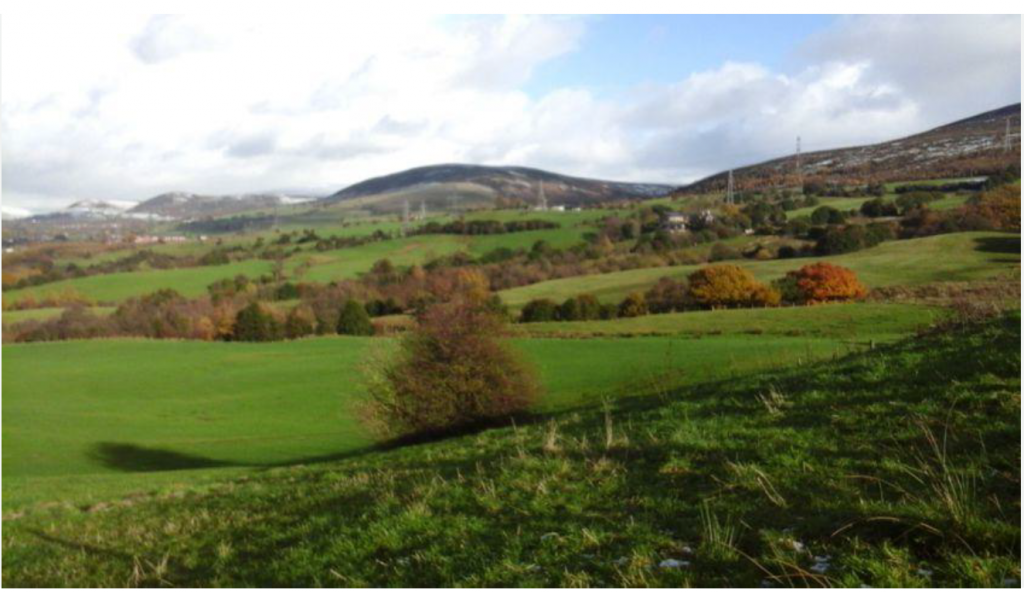 The borough of Tameside has a target of delivering 13,600 homes but a key site to help achieve this target is located on the Green Belt foot of the Pennine hills in Stalybridge.

A new development containing 650 houses at Sidebottom Fold cuts through the fields behind Brushes Road, Copley and Mottram Old Road towards Mottram Rise…

The development will undoubtedly have an adverse impact on the area’s landscape and will increase traffic on the town’s roads, particularly along Huddersfield Road, Mottram Old Road/Stocks Lane and Mottram Road.

Local residents are outraged at the scheme, one said: “The site aims to promote sustainable development, but it is difficult to see how building a totally new housing estate for people who are likely to own at least two cars, in an area of outstanding natural beauty , is sustainable.

“One only needs to take a look around Stalybridge Town Centre to see large swathes of land that could be developed, and at the same time breathe some much needed life back into our town.”

The development will provide mainly four and five bedroomed houses and associated infrastructure and will be part The Greater Manchester Spatial Framework, which is an ambitious plan to establish news homes, jobs and green space across Greater Manchester over the next 20 years.

Manchester Evening News
Should Greater Manchester build on the green belt? What those for and against had to say 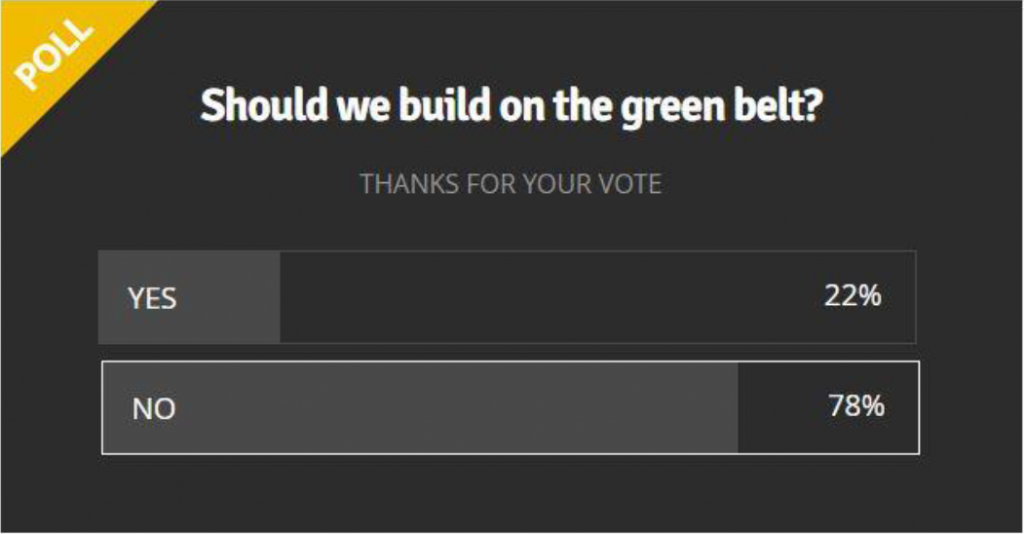 In fact, there are meetings and opposition to the plans from residents all over Manchester! 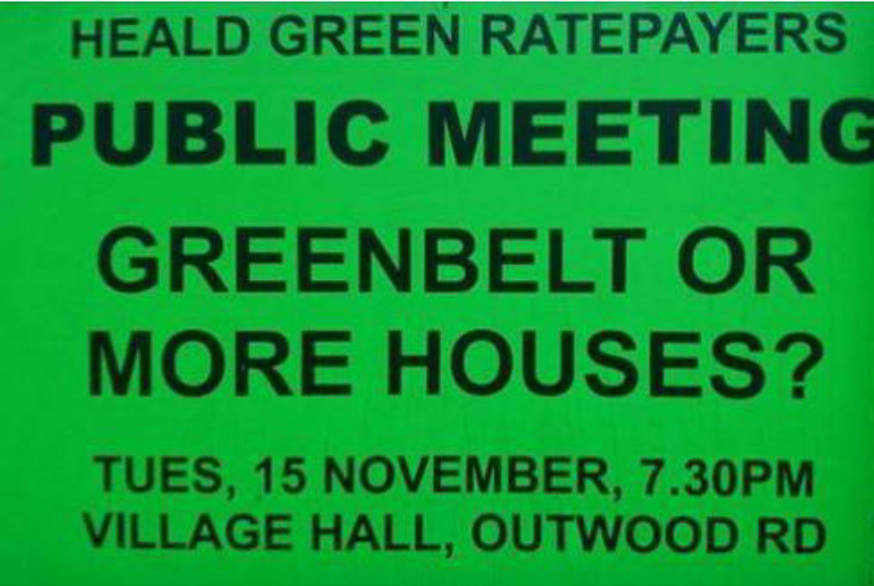